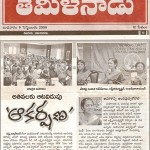 It was held on 8th September 2009 at Raj Palace Sundar. Around 200 women attended the event. Poi solla porom fame, Mrs. Lakshmi Ramakrishnan was the chief guest and her interaction with the audience was the highlight of the morning. The website “www. Aryavysyamahilamadras.com” was launched by the chief guest. The creator of the website Mrs. Veena Santhosh was honored by the sabha.
The audience enjoyed the magnificent display of their own talents thoroughly. Chamatkari was their hot favorite and everybody competed with each other to hold the audience captive with their humor. Many a couple proved that they are the incredible in-laws and it was a tough time for Mr. Gopal Iyer to judge them and choose the winners. There were other attractions like on the spot surprises, guess the number, quiz & riddles, early bird prizes, lucky dip and the most sought after Tambola for the audience which was well received. The return coupon was a huge attraction for the stalls and the women entrepreneurs were satisfied with the response from the audience.

Like minded women joined hands together to foster the physical, mental and spiritual development of women and children. It all started with a forum of 35 women, and has grown into a massive 1000+ member organization today. 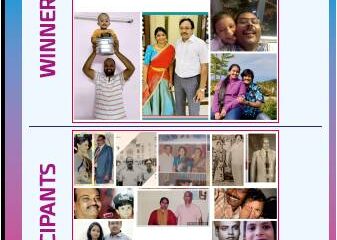 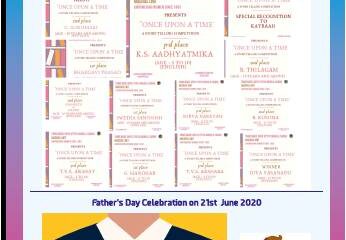